The Thirty Stages of Skullwork

Kate Heyhoe's art career began in the kitchen, using real food and kitchen tools. In 1994 she and her husband founded the first cooking website on the Internet, FoodWine.com. She's an award-winning author of books on food and wine, and is the only writer in a family of artists. In 2009, after her eighth book, she began making sugar skulls that are hollow on the inside, filled with tiny scenes, lit by LED lights, convey a narrative, and are her own unique art form. Unlike Mexico's Days of the Dead sugar skulls, Kate's skulls are long-lasting, timeless artworks, influenced by Joseph Cornell, the surrealists, and fairy tales with transgressive tendencies.

Her decorative style dates back to childhood. Her mother, Alma Shon was an artist for Stanley Marcus, designing Neiman Marcus' exclusive gift packaging for 30 years. Kate grew up playing with and eventually inheriting her mother's supplies—from paints, birds and bees to handmade papers, antique braid and ribbons. After extended caring for her mother who died at home from cancer, Kate's idea for panoramic sugar skulls popped into her head—and she banished her sadness by juxtaposing death with mirth, brightness, and the joy of playful discovery. Her "Dreams of the Dead" skulls reinforce that Death has a wry sense of humor.

But Kate puts treasured designs and her mother's own papers to use in her skulls, and especially in her "floating collages." She invented this technique, which suspends punched paper pieces and other objects at angles and heights above the flat plane, using nails covered with vinyl tubing cut at angles. The nails are hammered into wood supports, creating 3-dimensional, multi-layered collages. They are reminiscent of David Hockney's joiners in that they challenge viewers to rethink perspective; but the associations between her layers also introduce narrative, rather than capturing just a single moment in time.

Kate is self-taught as both a cook and an artist, but was exposed to fine food and fine art all her life, and has lived in Italy and Switzerland. Her floating collages and panoramic sugar skulls are uniquely original in technique. Her skulls have appeared in four major galleries and museums in Austin, Texas. Her "floating collages" have been selected for juried exhibitions around the country.

One of Kate's sugar skulls featured on the cover of the Austin Chronicle (October 25, 2013) [link]

Kate and her sugar skulls featured in an article in the Austin Chronicle (October 25, 2013) [link] 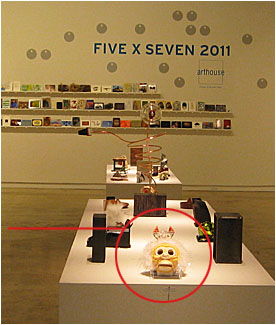 She has appeared in two national television satellite tours, as well as on CBS' The Early Show (Chef on a Shoestring segment), and other stations around the country. Hundreds of articles about Kate and/or FoodWine have appeared in media as diverse as the New York Times, Wall Street Journal, USA Today, Time, Los Angeles Times, Parade, FoodArts; WOR, Bloomberg, and Sony World Wide radio networks. She has written for Better Homes & Gardens, Saveur, Cooking Pleasures, Chile Pepper, Great Chefs, and other magazines. A graduate of the University of Texas, Kate has lived in Switzerland, Italy, Southern California, and currently in the Hill Country near Austin, Texas.

A Chicken in Every Pot
Global Recipes for the World's Most Popular Bird
(Capital Books, 2003)